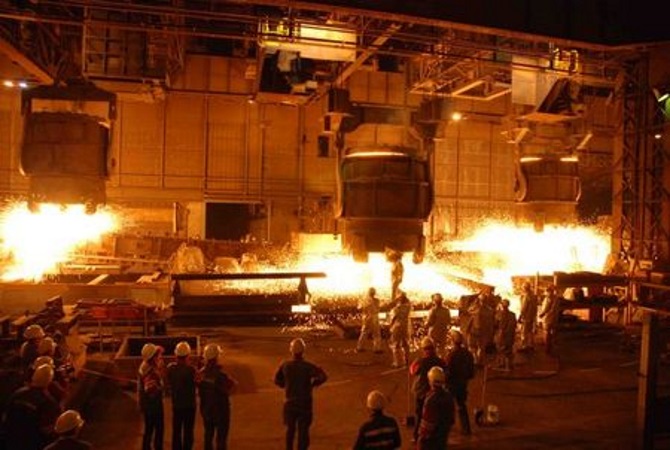 The new intranet used by all employees creates a real synergy between employees and fosters a sense of belonging.

BOUHYER Group comprises two foundries in Loire-Atlantique and the Ardennes. Specialized in the manufacture of cast iron counterweight for over 50 years, it has become one of the European specialists in pieces of construction equipment and handling. Its main customers are European stores worldwide. Big names such as Liebherr, Terex Demag, Caterpillar ... are among its partners.

The company exports over 90% of its production to the European Community.

BOUHYER Group employs nearly 300 employees with expertise in the fields of foundry has evolved thanks to new technologies.

"The best starting point was to develop a Collaborative Intranet which would promote the integration of "young" employees (Generation Y and Z) in the company by providing a tool nearest to those they use privately."

This project concerns all users, started with a reflection on the Group's document management. The documents were accessed via a network share and a tree structured around two main branches: the "operational files" for a transversal approach inter-service sharing and "operational services" for a vertical approach service by service.
This organization was first, become too complex to manage rights security and assignment and secondly, it favored the redundancy of information and disk space consumption. In addition, analyzes have shown that over 70% of the files were not used for more than 18 months.

A steering committee of a dozen people was formed to find a solution that would allow the group to have a more effective approach to its document management and promote collaborative work.

"We identified an integrator of these two solutions that presented themto us. We have done a comparative objective about strengths and weaknesses of the both. We selected Jalios for its wide functional coverage, its pricing policy but also to promote an innovative French company. "

"Very anchored in Microsoft technologies, our first thought is naturally directed us to SharePoint. However, a little annoyed by Microsoft's pricing policy, we sought alternatives to SharePoint and found Jalios - Small Business Edition."

Benefits: a true synergy between collaborators

After several months of operation, the new collaborative intranet is used by all employees. Some services are very engines like the QSE (Quality Safety Environment), the ISD and motivation is very visible during the exchanges between colleagues.

The General Direction, part of the engines services using readily Jalios to communicate, did not imagine all the inputs of such a tool for internal communication.

The collaborative intranet has created a real synergy between the company's employees. It promotes a sense of belonging and stimulated the corporate culture.

Get a free 30-days trial

Enjoy 30 days of unlimited access to all the features and capabilities of Jalios Workplace and start to work together efficiently.